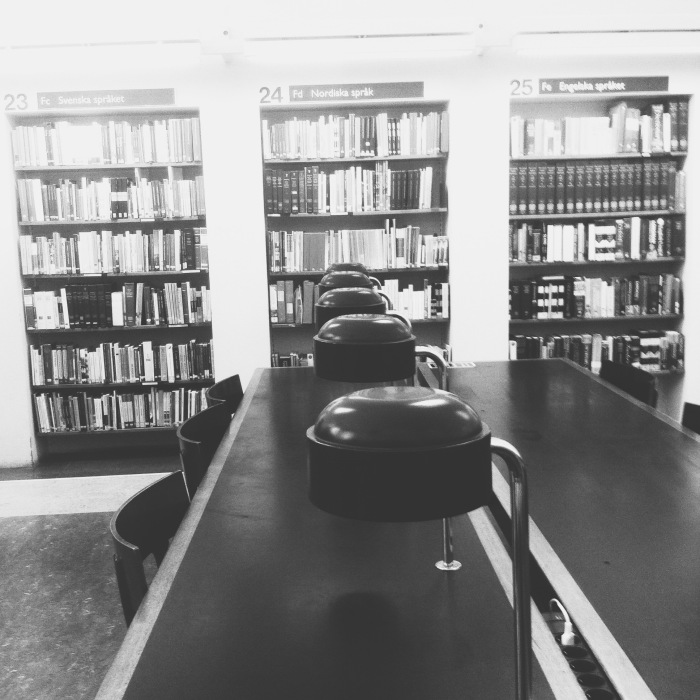 Studiecirkel 1: The Crisis of Democracy and the Rise of the Far-Right

This discussion begins with an overview on some of the ways that electoral democracies in the West have become hollowed out. This hollowing out is predicated in part on how intermediary institutions in the media, trade unions, the university and the arts have lost a lot of their critical content and ability to advance workers’ and middle class interests, substitutes to these being the politics of scarcity, identity politics and marginal symbolic improvements. The first essay examines the role of the electoral sphere and political parties. The second essay explores how the limits to globalization create a space for the far-right. While traditional anti-racist concerns are as important as ever, these have become encoded in the political ambitions of Neo-liberal politicians in the US, the UK, Sweden and elsewhere.

Alienation is about the weakening of capacities through disenabling intermediaries. These include dysfunctional employers, landlords, mass media culture that creates what Stanley Aronowitz called “colonized leisure.” In contrast, de-alienation is about creating enabling intermediaries that broaden capacities and restore democratic and accountability controls. Alienation can be defined in three ways. First, as a psychological reaction to society, being cut off from others. Second, as an objective process in which the individual is separated from fellow community members, their labor power (creative capacities), the products of their labor (creative capacities) and their species (e.g. being subjugated to an ecosystem that even poisons the individual). Third, alienation is a kind of psychological/material state of separation marked by what Sartre called “serial groups.” This passage partially clarifies some of Sartre’s basic ideas:

Atomization forces acted constantly on the workers and serialized them. A group is said to be a serial group when each of its members, though he may be in circumstances as all the others, remains alone and defines himself and behaves like someone else, who in turn is other than himself. The workers articulated and confirmed serial thinking as though it were their own thinking, but it was actually the thinking of the ruling class, who imposed it on the workers from the outside. Not that they found it either accurate or clear, but it justified their passivity by its reference to larger conditions (Jean-Paul Sartre, “The Maoists in France,” in Life/Situations: Essays Written and Spoken, New York: Pantheon, 1977: 166-167).

The first reading builds on the previous discussion of the limits of Western democracy and relates it to this idea of serialization and alienation. The second article examines how to reverse the alienation process through what Lawrence Cohen and Seymour Melman called “de-alienation.” Melman also referred to the systematic accumulation of power as related to “extension systems.” Sartre ignored economic democracy but did show the limits to electoral political interventions.

Jonathan Michael Feldman, “Social Inclusion, Capacities Development and the Principle of Extension,” in From Community Economic Development and Ethnic Entrepreneurship to Economic Democracy: The Cooperative Development, Norrköping: Partnership for Multi-Ethnic Inclusion, May 2002. PDF made available in Facebook event.

There was a major investigation of the structure of power within Sweden that was completed in 1990. About 20 books and ninety reports were completed in service of this investigation. Two academic journal articles, published by one of the lead investigators, will be reviewed. Recently, Bo Rothstein called for a new investigation. He explained that the original investigation was rather influential, although associated with certain limitations which he explains.

We can view the original investigation in several ways. One way is to see this as a model for critical social science, where the absence of a power investigation is seen as a large step backwards. Another way to view this investigation is as an academic exercise by several elite academic institutions, one of them being Uppsala University (particularly their department of government), designed to investigate other elite institutions. The academic exercise had some useful observations, but we must analyze what was not done even in the original study.

While the two studies cited below increasingly conceive of the media’s growing power, they have no conception of militarism or the military’s claim on economic resources. Words like “cooperative,” “militarism,” and “alienation” are not part of the vocabulary used to understand power. The concept of “iron triangle,” a phrase used to indicate links between companies, government agencies and legislative bodies, is used in passing, this reference hardly constitutes an explanation of the Swedish military industrial complex or militarism. While the word “class” appears repeatedly, the idea of “capitalism” is missing. Much attention is paid to the policy structures of the existing state, but less so on the underlying logic of how capitalism, alienation, and the absence of economic democracy structures how power is deployed and how political parties react. The two studies do pay attention to social movements, particularly the labor movement, as a central actor. Yet, neither looks at the non-profit industrial complex or details the ways in which globalization may have influence splits within the labor movement, particularly evident given the rise of the Swedish Democrats. You won’t find the word “racism” in either study, which many today would regard as a limitation. Thus, these two report summaries are remarkable as discursive documents and framing systems, as interesting for what they don’t say as what they say. It is not clear whether the original investigation addressed how ideological frames help reproduce the power of elites, i.e. the creation of paradigmatic boundaries that reproduce power structures by killing off alternative, more critical ideas.

Studiecirkel 4: A Theory of Political Commitment

The de-alienation process can be assessed in various ways. One way is the commitment to a social cause, social movement or ethics in action. The other is as part of an effort to design and build alternative institutions. Knowledge and ethics are more in focus in the former, power accumulation systems in the latter. Yet, ethnics, knowledge and power are interlaced in each. The first of these readings speak again about how the PMC in the form of intellectuals uses its power in an inauthentic, non-committed way. In contrast, the second article, a profile of John Gerassi, gives us an example of authentic political commitment.

Studiecirkel 5: The Politics of Design

These two readings explain how we can design and build alternative institutions. The general principles are outlines in the first of these two readings, under the heading “The Politics of Design.” The idea is to rediscover a discourse associated with thinkers like Paul Goodman, Seymour Melman, Barry Commoner, Gar Alperovitz, Jessica Gordon Nembhard and others who have promoted a system to build de-alienating, capacity-enhancing spaces. The application of this idea, via reconstruction, is applied to technology and the ecological crisis in the second article.

Jonathan Michael Feldman, “Some Notes on the Politics of Design,” Department of Economic History, Stockholm University, 2016. PDF made available in Facebook event.

Stockholm Centre for International Social and Economic Reconstruction (SCISER) is a politically and religiously independent organisation with the aim of connecting research and political activism in areas such as peace, social and ecological sustainability, as well as civil and political rights.